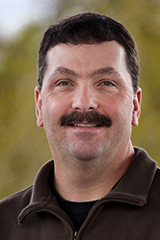 Mike is the Dean of Students. He grew up in The Dalles and graduated from Wahtonka High School back when MTV aired it's first music video. He's married and has two children who graduated from Oregon State University (GO BEAVS!). He received his bachelor's degree in Social Science and his master's degree in Counseling from Portland State University. He enjoys sports, being outside and experiencing life.