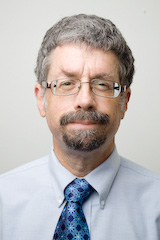 A graduate of Columbia High School in White Salmon and Clark College, Dan worked 30 years in regional journalism, most recently (1996-2006) as editor and general manager of The Dalles Chronicle. He served almost nine years on The Dalles City Council (2008-17); earlier in his career he was interim director of the Port of Klickitat and economic development coordinator for Wasco County.

Bachelor of Science in General Studies, 1990

Associate of Applied Science in English Literature and Biology, 1979