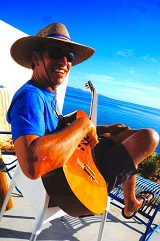 Andy Carmicheal graduated from the University of Oregon (UO) with a Masters Degree in Linguistics and taught international students there for three years before relocating to the Columbia River Gorge. Originally from Memphis, TN, he lived in Hood River for a year before moving to Eugene to pursue his graduate studies. He has been back in the Columbia River Gorge since 2015. Shortly after his return, he began teaching English as a Second Language at CGCC. In 2016, he transitioned into the Pre-college department, where he currently teaches Reading/Writing I and Math II, and also serves as the department chair. He now lives in The Dalles, OR and enjoys outdoor activities such as mountain biking, kiteboarding, whitewater kayaking, and snowboarding.